The Hive Dalston, on Kingsland Road. Image: Google Streetview.
Nestled among the trendy bars and restaurants of Hackney’s Kingsland Road lies an ugly, unassuming office block. Despite its looming facade you could be forgiven for missing it entirely.
And yet inside, late on a Thursday night, the four-story building is a throng of activity. Its occupants are not overzealous executives, but members of a local community group.
The Hive Dalston – Human Interest Versatile Environment – was set up to transform the block, which until last May lay empty for eight years. Founder Gee Sinah persuaded the building’s developer to allow the space to be temporarily used for free: “We opened about three weeks later on a budget of £250, with everything either made out of pallets or carried up the stairs – stuff that was either donated or found.”
It has since hosted a wide array of events: from gigs to charity fundraisers, dance performances and language classes – even two tribal ceremonies. Besides a main stage, the space now boasts a cafe, art gallery, training facilities and a recording studio. The Hive also hosts start-ups and social enterprises.
Posted by Phoenixrising at 00:48 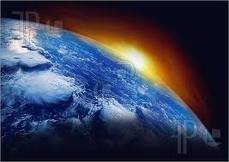